From Scratching to Coding 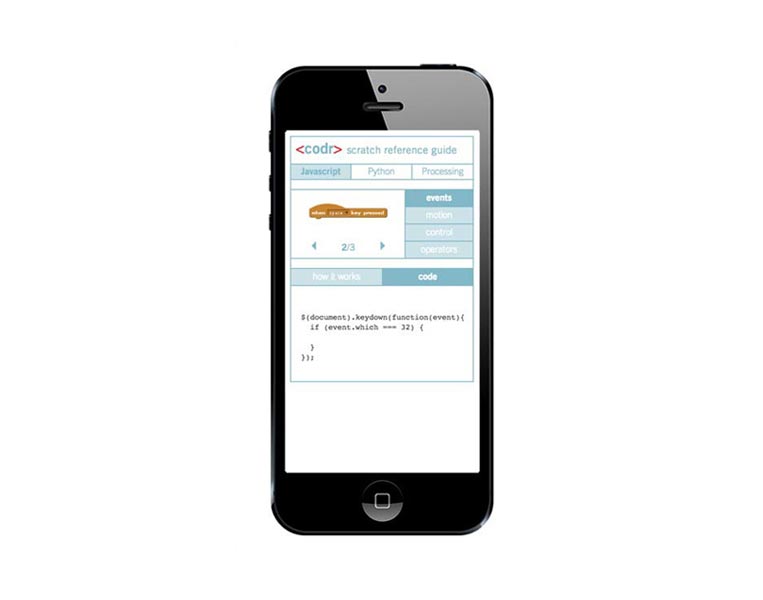 For today’s students, coding is the new literacy: If they don’t know how to code, their job prospects will most certainly be limited in the future. Many children are now learning basic coding skills in Scratch, a popular programming environment that teaches the concepts of coding using a simple visual system based on building blocks. But it’s a big leap from Scratch to the “real” programming languages of Javascript, Python and Processing, and it’s hard to know which language to learn next. “Even my students who excel at programming in Scratch struggle when they transition to text-based programming,” says Keledy Kenkel. “When they hit that wall of text and syntax errors, they stop and lose interest.”

<codr> is an app (working prototype) that helps kids “graduate” from Scratch to the more complex text-based programming languages that are used at a professional level. Developed as a site and a widget, the app helps support students in translating what they already know into learning their next programming language. Anke Stohlmann collaborated on the creation of the app with the educator Keledy Kenkel and the developers Adam Wooton and Hassan Abdel-Rahman. 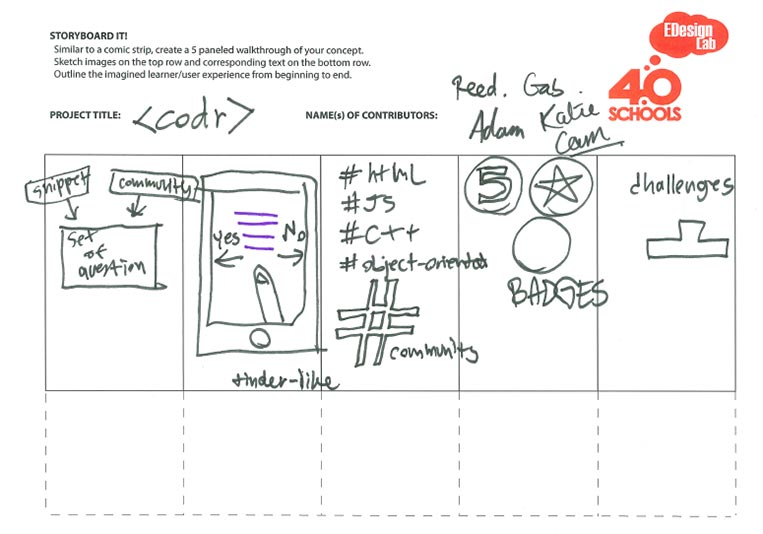 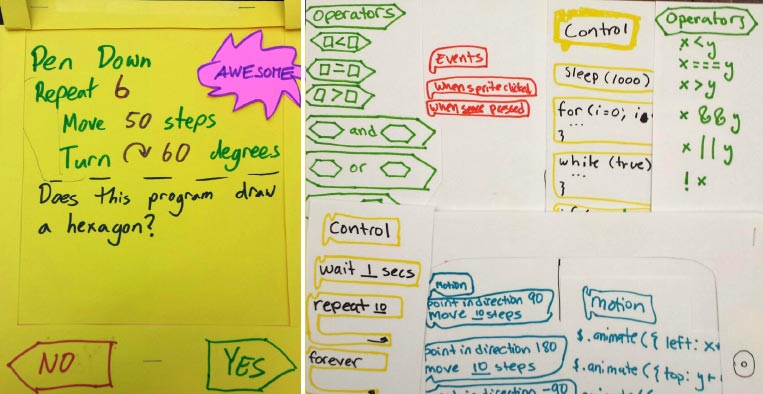 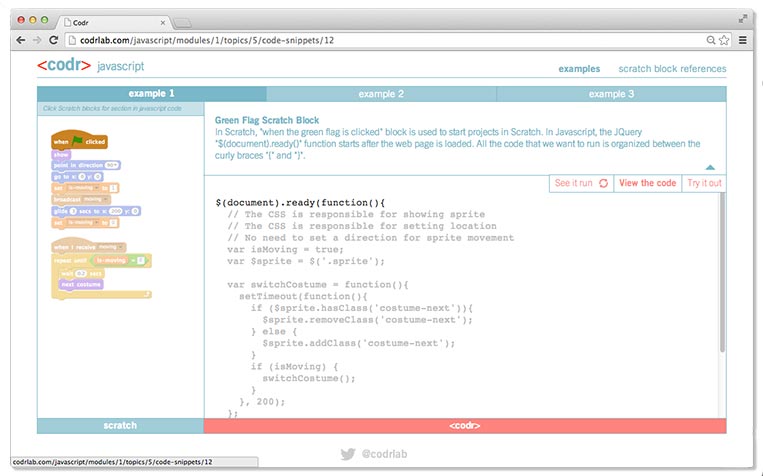 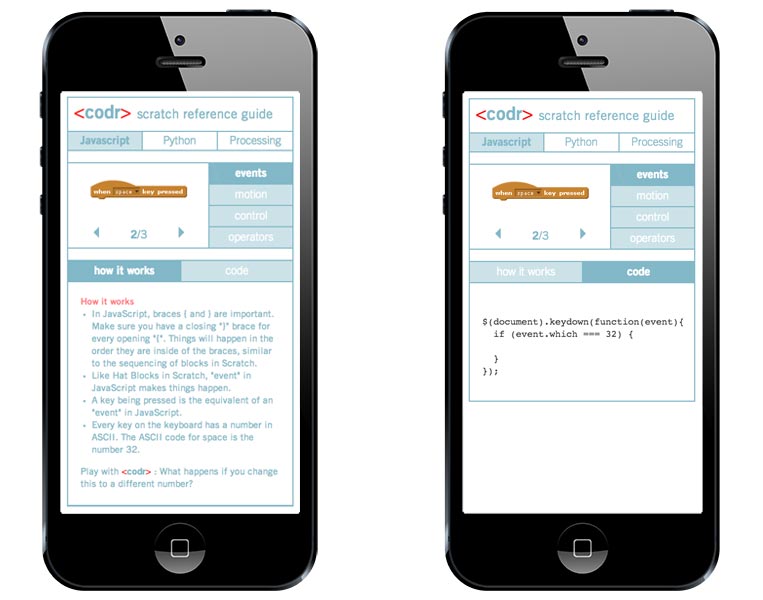 <codr> grew out of our participation in a 12-Week Prototyping Bootcamp, a series of workshops presented by EDesign Lab in partnership with 4.0 Schools. Both organizations are incubators that seek to “hack” the future of education, bringing together entrepreneurs, educators, technologists, and designers to co-imagine and rapidly prototype interactive learning experiences that improve student engagement, motivation, and success. 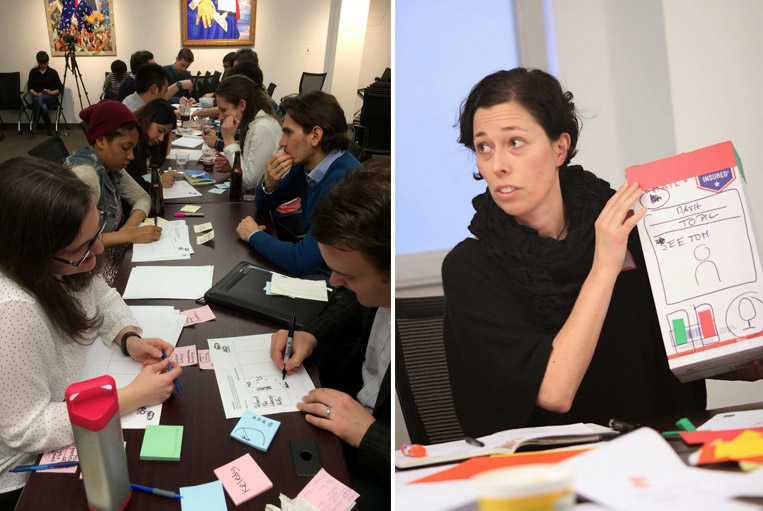 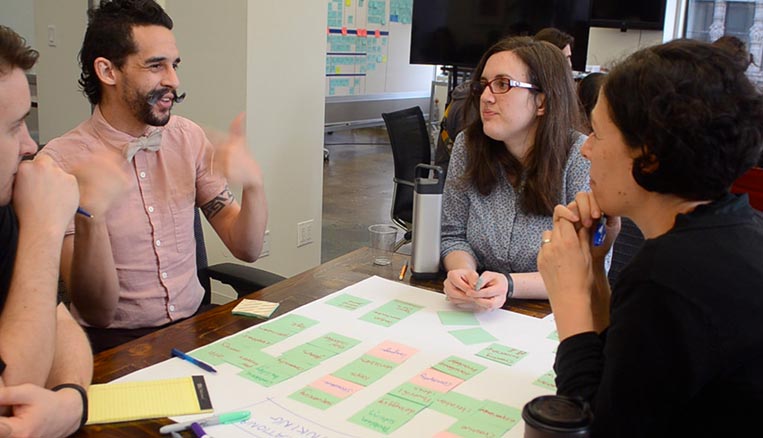 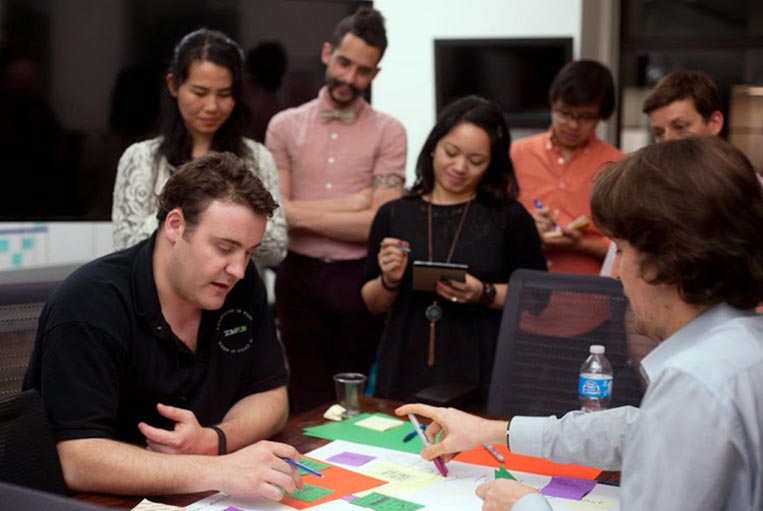