Working with Paula Scher and her team at Pentagram, we developed a new identity for the Asia Society, America’s leading institution dedicated to fostering understanding of Asia and communication between Americans and the peoples of Asia and the Pacific.

The identity is simple and flexible, accommodating the Asia Society’s broad aims and helping to make it more accessible to the public.

Founded in 1956 by John D. Rockefeller 3rd, the Asia Society is a national nonprofit, non-partisan educational organization that provides a forum for building awareness of the more than thirty countries broadly defined as the Asia-Pacific region––the area from Japan to Iran, and from Central Asia to New Zealand, Australia and the Pacific Islands. Its concerns encompass business, industry, politics, and culture; and programs at the Society include art exhibitions, performances, films, lectures, and conferences.

The Asia Society has long used the “leogryph” as its graphic symbol. A combination of the lion and griffon in their mythical anatomy, the symbol has meaning across many Asian cultures. At Buddhist temples throughout Asia, leogryphs stand guard at the four entrances, protecting against evil.

The Society’s mission is wide-ranging, and its existing graphic identity was not being used cohesively among its many constituents. The visual confusion made its programs appear disorganized and obscured its face to the public. The identity also looked outdated, with an ornate illustration of the leogryph that appealed to antique notions of the Orient.

To infuse the Society’s identity with a bold, modern spirit, the designers drew a more graphic leogryph, installed in a round seal. Bright modernist colors––blue, red, and yellow––and a sans-serif typeface are used to make a strong, universal impression. The word “Asia” is emphasized in the logotype by increasing its size. The logotype can be applied in horizontal or vertical versions, reflecting various writing patterns used in languages such as Chinese and Japanese.

The leogryph seal may appear with the logotype or in a colorful pattern across printed promotions. 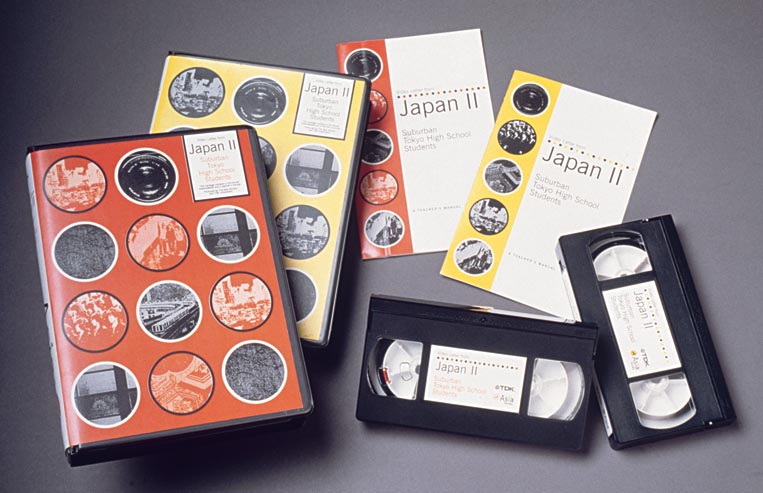 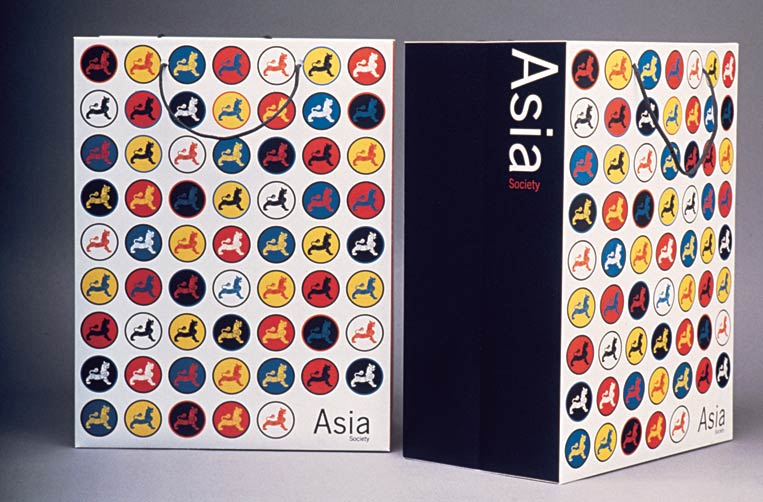 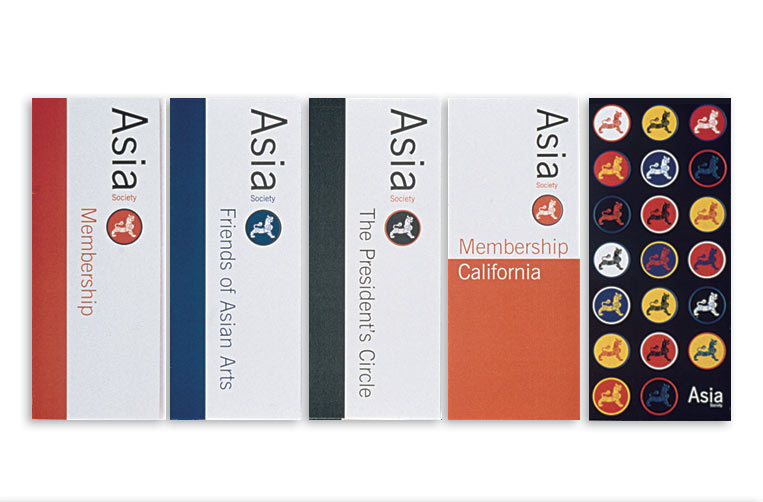 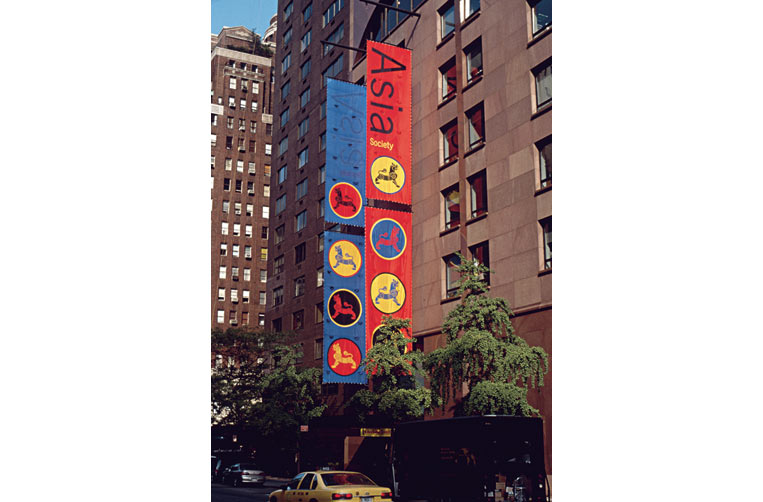